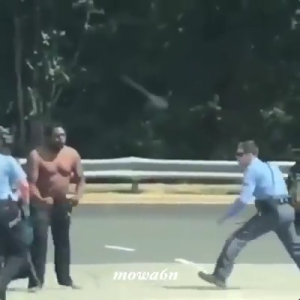 Being a cop is not easy. Job stress, fatal shootings, and difficult arrests – police officers must deal with a plethora of difficulties during a day. One such police encounter went viral when a black man made it quite difficult for the police to do their job. A bold, brave, and ignorant man’s arrest video went viral when he threw a fit at the scene. 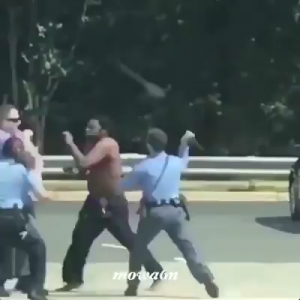 Did he think he is above the law? Only a half-witted person could think they could mess with the first phase of a judicial system like the man in the video did. The judicial system is designed to safeguard the greater society. Only someone who has nothing better to do can think otherwise. The video in discussion was shot in Milwaukee, Wisconsin. 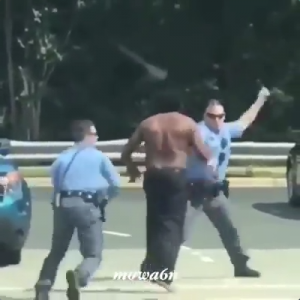 When some bicycle cops noticed something suspicious about a man, they asked him to pull over. The man, adorning a blue shirt, was requested to step out of his car but he refused to cooperate. He behaved in such a defensive manner that he turned a routine procedure into a very difficult arrest. He scuffled and tussled with the officers and expressed unwillingness to play along. 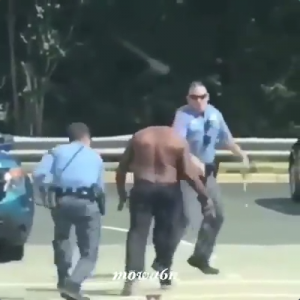 By the time the video began, he had already hit one of the police officers so hard that his mouth began bleeding. His broad figure was complemented with a lot of strength and it seemed to magnify like Hulk, the Marvel superhero. Of course, his rebellious and attacking nature caused the cops to panic and handle the situation more seriously. He did not help as he was slowing menacing towards a uniformed officer, who had already taken his baton out as a means of self-defense. 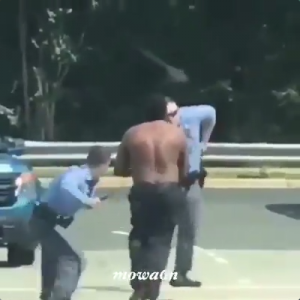 The police officer was ready to strike when needed. Two of the other officers grabbed him from behind while another one attempted to swipe at him. The man evades the attacks as the officer hits the air and falls over. The officers consistently and sternly demanded the man to get down. However, he ignored whatever they said and stood straight. He did not fear anything. His aggressive attitude was beginning to alarm the cops. 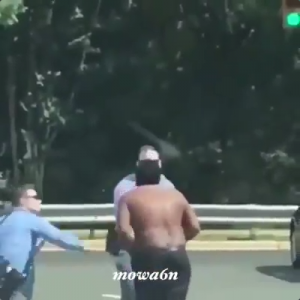 Tired of exhausting all the possible ways to control the man in the blue shirt, the police knew they had to do something. It is an offense to attack police officers as he did. One of them, who was standing in front of the man, took his pepper spray out. He had no option but to spray it on the man’s eyes. He was out of control, and this seemed his only way to weaken him. As he quivered in pain, the officers saw a chance to entrap him. They used their batons to strike him, a punishment for his misbehavior. Just as backup arrived, the man suddenly went berserk. 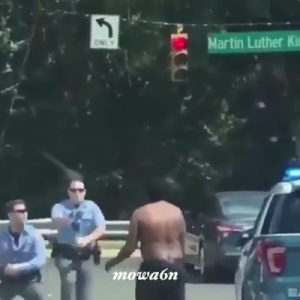 He went into Hulk Mode and blew up with rage. He began taking down one officer after another.  It took a total of six officers to subdue him with uncountable punches and strikes. While these only slowed him down, he fell to the ground when one of the cops took his taser out and fired it at him. 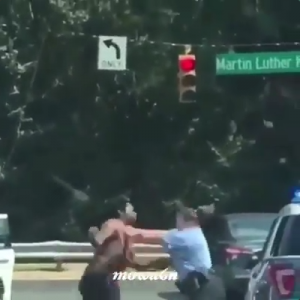 Five of the officers had to pin him to the ground while another jabs at him with a baton to make sure he stays in place until they can cuff him. Surely, this gargantuan effort by the men of law grabbed a lot of attention from the public. A crowd surrounded the area and even recorded what happened on their phone. A team of twenty officers had to be summoned to control the crowd, and also keep the man under a close watch.