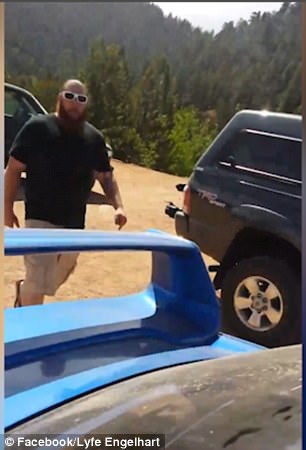 This is the shocking moment a furious disabled war veteran went into a meltdown and punched a driver in the face claiming he ‘ran him off the road’. The video, recorded yesterday in Colorado, US, shows a couple sitting in their car after pulling over when a raging man comes storming towards them.

The pair, understood to be Lyfe Engelhart and boyfriend Brandon Vega, had been travelling to the hills to for a hike. 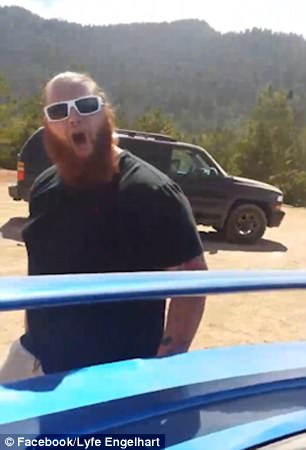 The angered motorist has been identified online as a disabled US Army veteran. The couple say they were driving behind other vehicles when the motorist behind started tailgating. Both pull over when an altercation breaks out, after an incensed man reaches through the window and punches the motorist in the face. 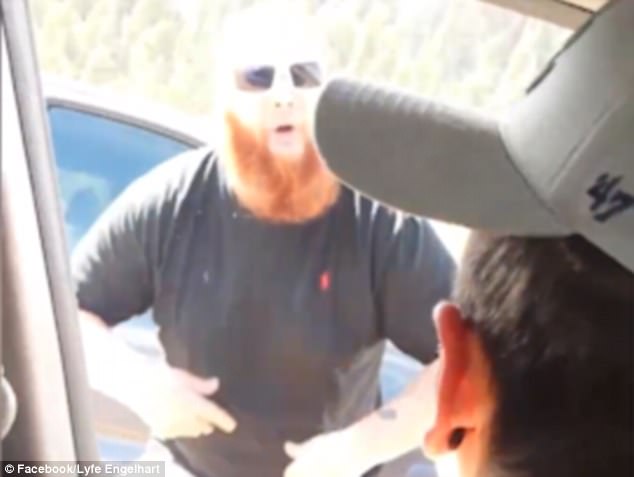 A three-minute recording of the startling event was later posted to Facebook by Ms Engelhart. She wrote: ‘So Brandon and I thought it was the perfect day to go hiking up off of Old Stage road when this asshole started riding Brandon’s *** up the narrow dirt road. 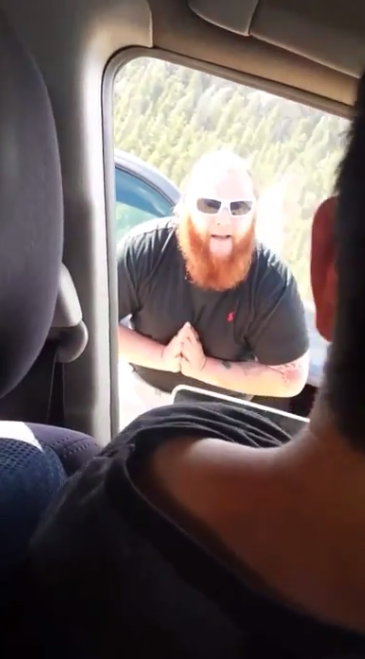 ‘Then when we parked he proceeded to assault him and say it was our fault – road rage at it’s finest ladies and gentlemen. ‘He only walked away with a bloody nose and fat lip because he refused to fight over something so stupid.’ 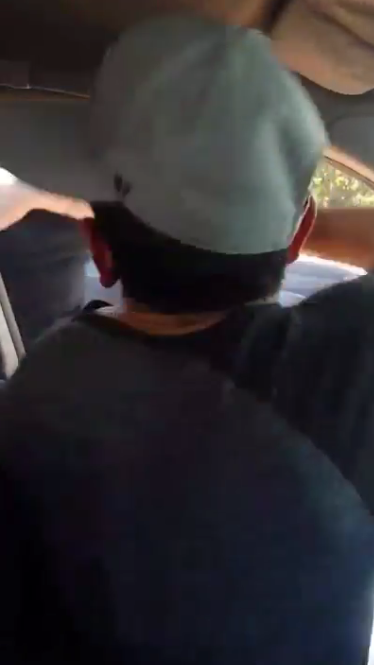 The shocking clip has been viewed 25,000 times in just nine hours and has attracted comments from people who see both sides of the argument.

One person said: ‘I cannot get over the insane amount of restraint shown by the WRX driver. Talk about critical thinking and keeping one’s cool. I don’t think I would have been able to do that but it sure makes it a pretty cut and dry case.’ 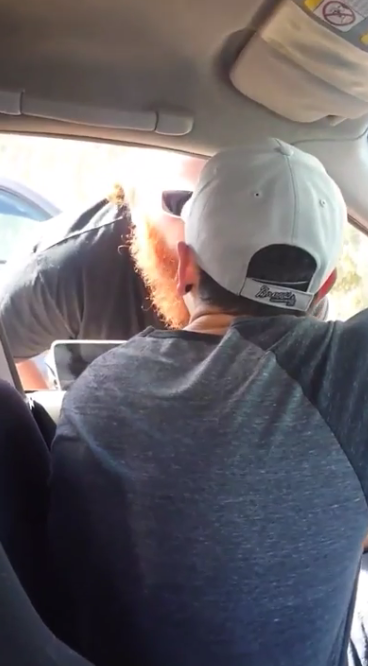 Another added: ‘Your car is an extension of your home. I’m almost positive he committed at least one felony by assaulting you in your car. If would be no different than him coming into your home to assault you. The “I’ll f’ing kill you” statement can’t be good either. Please for the sake of other people out there would you report this to the police.’ 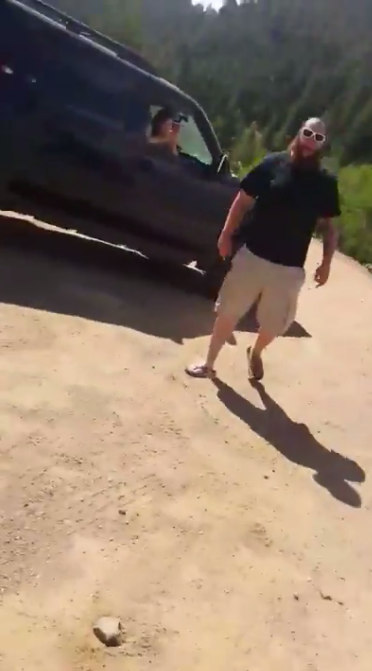 But one defended the veteran, and wrote: ‘Kid should’ve let the guy by….not saying the guy acted like he should have, but nobody seen how the kid was driving before this. If the kid was blocking him from passing that’s aggressive driving, wreck less, putting everyone’s life in danger.’

Ms Englehart responded: ‘The road is super narrow. You usually have to pull to the side to let a car going to opposite direction pass. 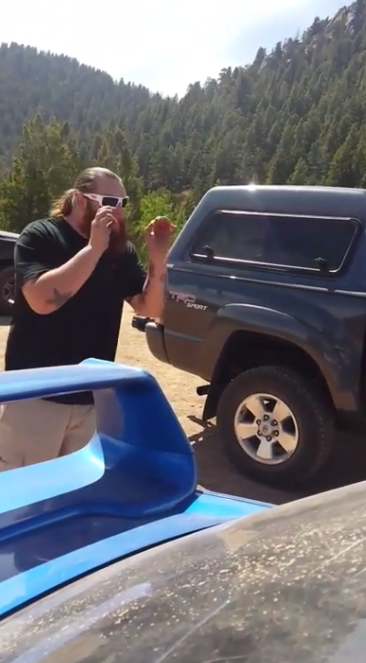 ‘There were also two trucks right in front of us so him passing would’ve done nothing. He almost drove himself off of the road because he tried to pull up next to us while driving so he could scream. So yeah we sped up. The road was way too narrow for this kind of behavior.’

Combat #Veteran Turns A "Punk Driver" Into A P**sy In Front Of His Girlfriend pic.twitter.com/RyaEQLGh5J