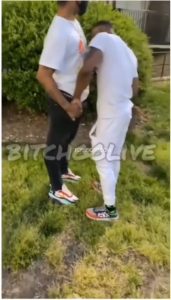 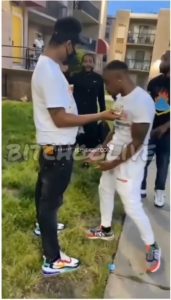 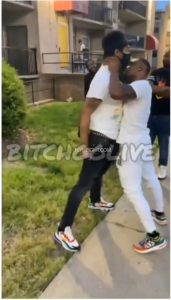 As the baby daddy was about to remove his shirt to prove that he wanted to fight l and have the full comfort to make him fight well, the brother took advantage of the situation and used it as a tactical advantage to attack the baby daddy from behind which led to the baby daddy falling on the ground. 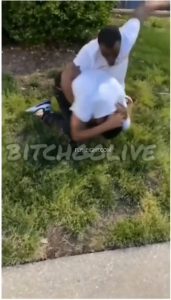 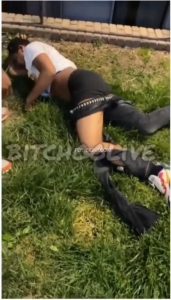 Suddenly, a friend of the brother whose body language showed that he was equally angry at the baby daddy came to help the brother beat him up well. Yes, that’s two men against one. They both focused on the head and face of the baby daddy by punching and kicking it. They tore his cloth, and almost left him completely naked. The can’t daddy was left in pain on the floor as they walked away.