Father Takes Fight With His Own Son On 1 Hour Notice And KO’s Him Stiff! 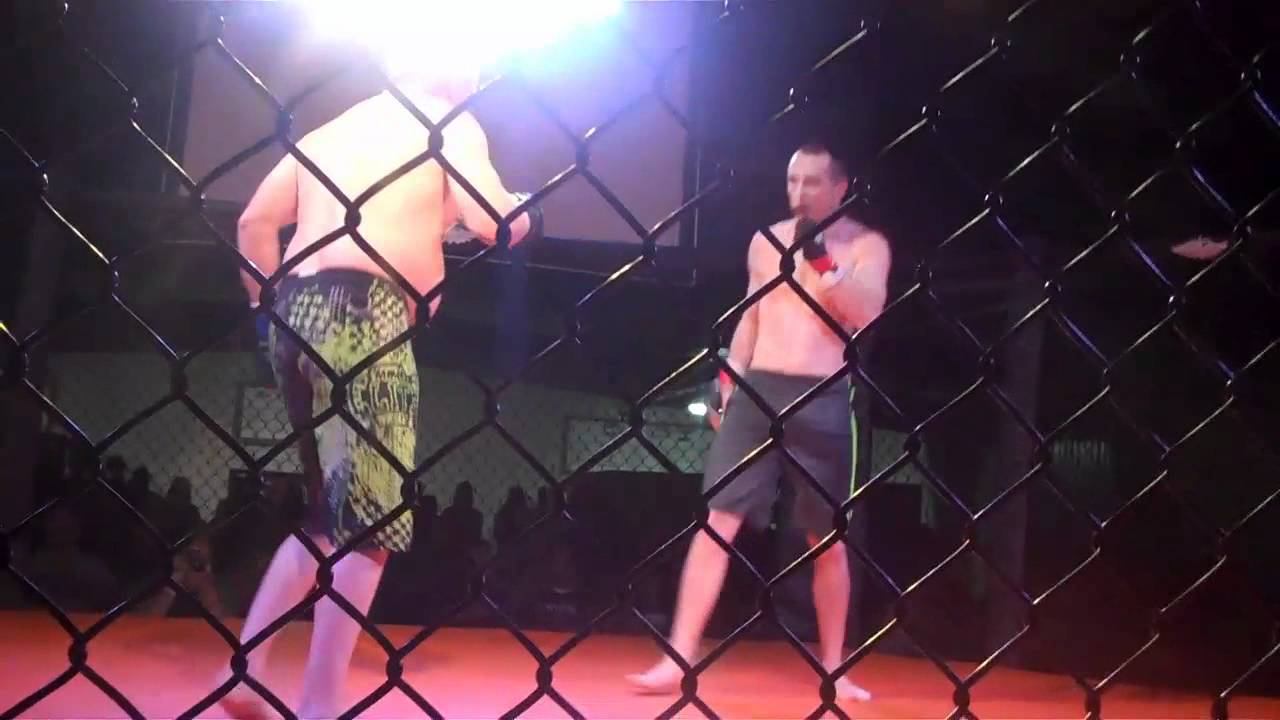 As beautiful as the sport of mixed martial arts (MMA) is, it can also produce some of the most odd and most bizarre of occurrences.

Take for example this fight from a Fire Extreme Fighting event in 2012 when 53-year old Tim Karaker stepped up on just an hour’s notice to take on his own (supposedly illegitimate) son in an MMA bout.

Sporting a salt-and-pepper head of hair and a less-than-impressive dad bod, Karaker weathered an early knockdown to rally back and finish off his 21-year old son by technical knockout.

Both fighters were swinging wildly from the get-go, and the younger fighter connected on a right hook that floored Karaker. The younger fighter looked to get the finish, but Karaker was able to survive, get back to his feet, and continue pushing the pace.

The two engaged in a slugfest once again, with Karaker getting more comfortable and the better out of the exchanges. With a smile on his face, the father dropped his son with a counter overhand right.

He swarmed the younger fighter with some ground-and-pound strikes before being pulled off by the referee, much to the delight of the crowd in attendance. The man recording the fight on video that went viral and cheering his heart out, as it turns out, was none other than UFC Hall of Famer Stephan Bonnar. 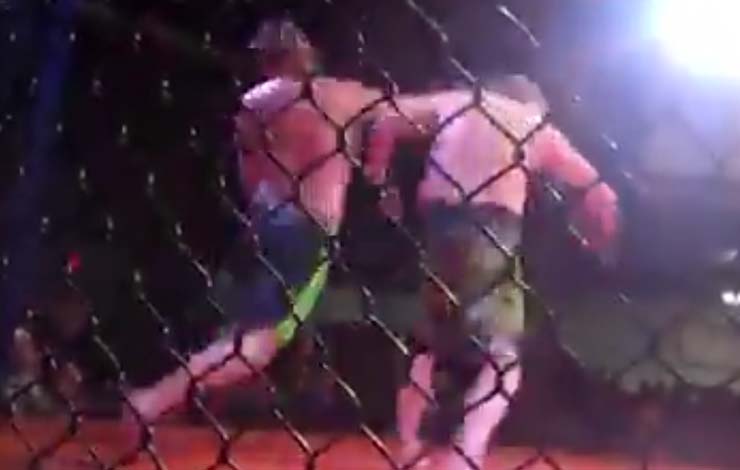 After the wild encounter, Bonnar entered the cage to congratulate Karaker. Apparently, he arrived to watch the fights but ended up competing in the main event. 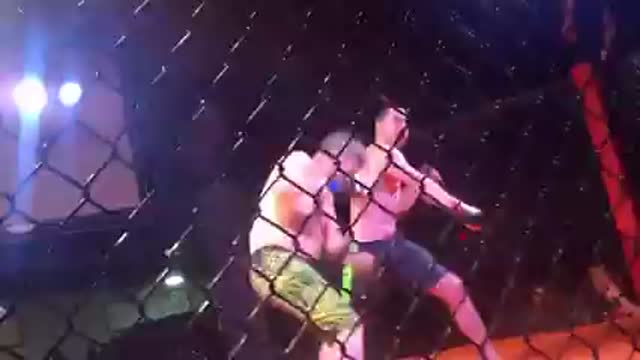 Bonnar himself is no stranger to wild slugfests. In the finale of the inaugural season of The Ultimate Fighter, Bonnar and eventual winner Forrest Griffin fought for three amazing rounds, in what many consider as the fight that revitalized the UFC.

Bonnar retired in 2014 with a professional record of 15 wins and 9 losses. Throughout his career, he faced the likes of Lyoto Machida, Keith Jardine, Jon Jones, Rashad Evans, Anderson Silva, Tito Ortiz and Griffin (twice).