Our Non-Sports Fight (NSF) of the day is a good one, featuring one sad little guy (who we almost feel the faintest bit bad for) getting absolutely slept in front of hundreds and hundreds of people on a crowded beach during spring break.

The fight kicks off fairly quickly. The sad little guy does a few stretches while his opponent, a guy who definitely looks like he’s had some basic combat training and probably hits the gym fairly often to work on his vanity muscles.

In any case, the fight starts off with a loping right cross from the gym bro, who then starts swinging some wild cyclone hooks.

As expected, the pressure from the gym bro was too much for the little guy, who gets his clock cleaned and spins around like he’s just been clipped by a car going way over the speed limit. 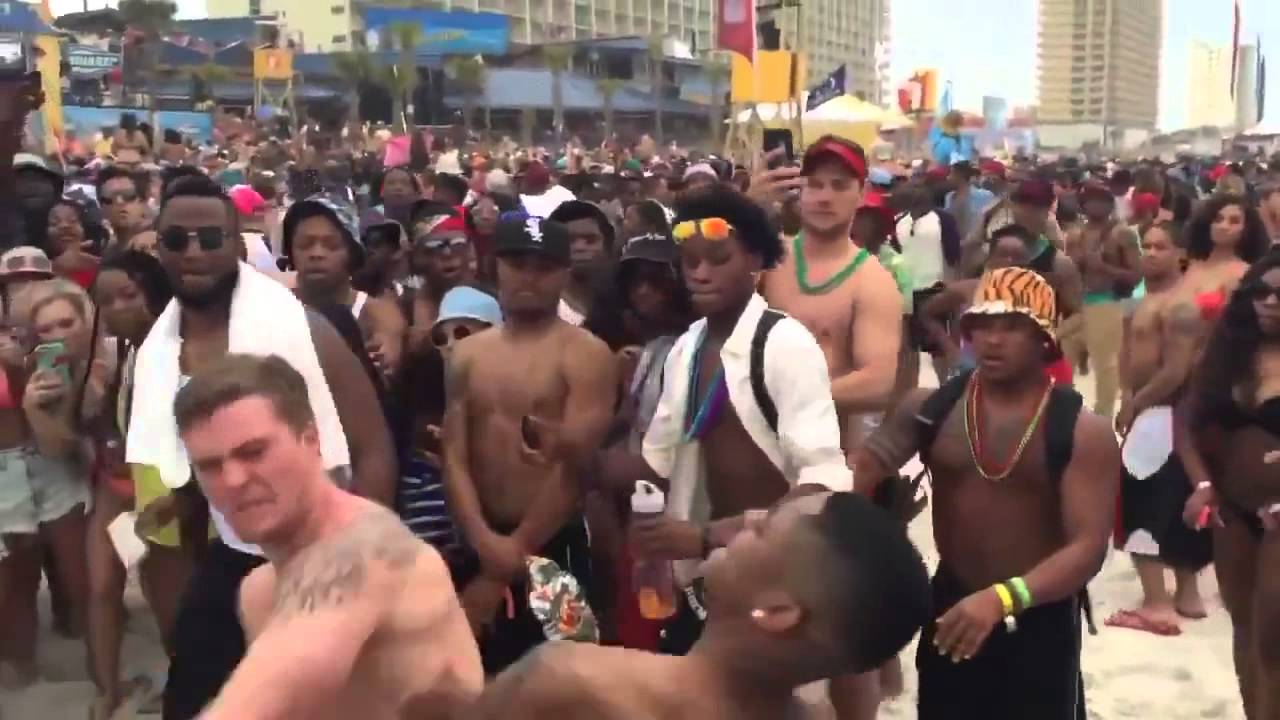 Absolutely laid out on the ground with a face full of sand, the little guy has no idea where he is. A friend of his pushes over the gym bro and starts to throw punches of his own as the crowd swarms around them once more and the video ends.

Look closely and you might notice a bit of a similarity between the knockout punch shot and an all-time classic video game. Spring break probably has its fair share of battles on the sand, so it’s always good to see them dealt with properly, at least some of the time. Check out this one in particular, with wrestling commentary laid over the top.

The number of all-in brawls taking place must just be insane.

The sheriff in the video below certainly looks like he’s had enough. He’s so strong he manages to throw away one of the guys at the end BY THE NECK, all while he’s keeping another unruly party boy pinned to the ground!

Check out the video below and let us know what you think!