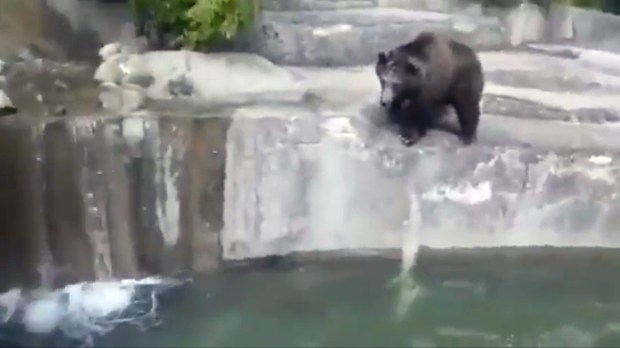 A strange incident yet again involving animal abuse has come to light. This time what makes it stranger is that the animal was inside a zoo enclosure and the person in question entered it for no evident reason. Usually, cases of animal abuse involve animals that might have provoked an attack from a human by being aggressive in some way. However, in this more recent incident, a bear at Warsaw Zoo in Poland was attacked in its own enclosure by a man who was allegedly drunk. 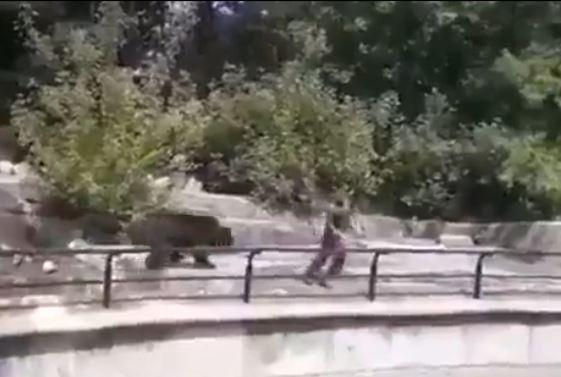 What was even more horrifying was the individual’s attempt to drown the poor animal as several people watched the whole incident in awe. One of the onlookers captured it on video, which soon spread like wildfire. On what might have turned out to be a usual day at the zoo for many, caught up to be a day to remember. 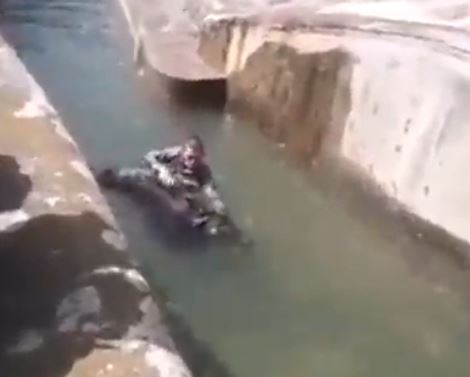 As visitors were enjoying their usual walk around the zoo, some chaos could be sensed at the bear enclosure. The commotion was caused when people saw a 23-year-old man inside the bear exhibit. Several people rushed to see what would happen next. Many suspected he was drunk and had fallen inside by mistake. However, this assumption was later found to be untrue. It appeared that the man had intentionally entered the exhibit. In no time he had caught the bear’s attention, who in this case was the zoo’s elderly animal, Sabina. Quite naturally the bear first got curious and later charged at the man inside her space. 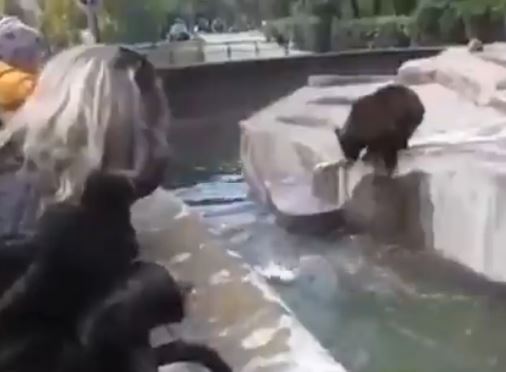 The man, jumped into the enclosure’s moat hoping the water will keep the beast away. However, it was evident from the video that the bear knew its way around. It tried to enter the moat from several places and as soon as she reached a gradual incline the bear jumped into the water as well. It was then that there was total chaos on the scene. The man and the bear at one point could be seen attacking each other. Then in a dramatic turn of events, the man got better of the beast. Not only was he able to overpower her, but he was also seen trying to shove her head under the water. Several onlookers were taken aback by the act. 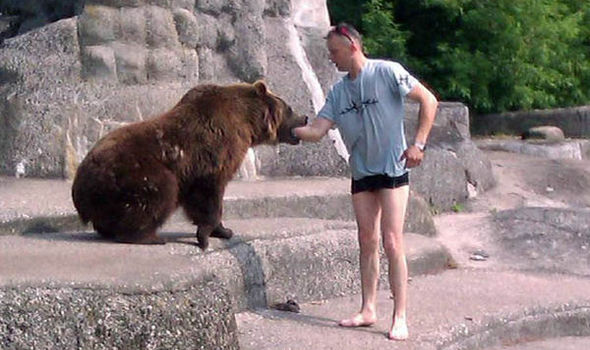 They could see the man trying to climb on the poor animal’s back in a bid to keep her head underwater. According to the zoo authorities the animal soon tired out and there was an evident slump in her demeanor as she began to give up. Sabina is who is an old bear was rescued from a circus. But ever since it came to the zoo, this was not the first attack on her. The fact that the man used both his hands to forcefully keep shoving her head under the water was difficult to watch for many. As the animal struggled the man kept her submerged with his weight. 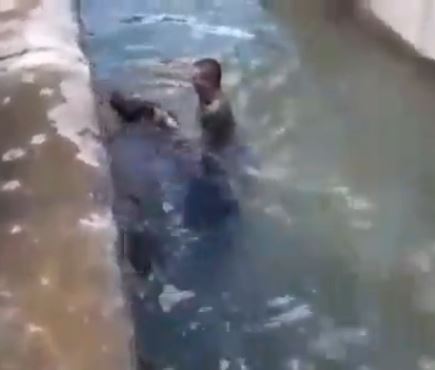 Once he was sure the bear had given up the man let her go and climbed out of the water. The zoo authorities found the whole incident to be extremely sad. Even though the animal went unhurt, they acknowledge the trauma it must have caused her. They also added that the bear kept growling nervously for a long time and appeared quite stressed. While many onlookers were worried about the man’s safety initially, they were alarmed by the turn of events and felt bad for poor Sabina. The incident has, however, left the man facing prosecution. The zoo is determined to take all necessary legal actions to get justice for the animal and set an example to deter any such attacks in the future.