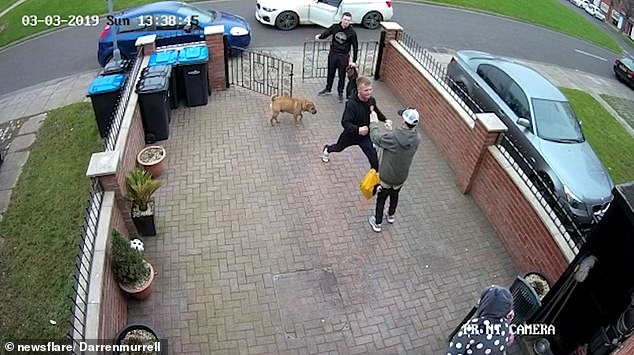 A protective son punches a man to the ground for allegedly harassing his ill mother before his brother drags him away in shocking footage. The clip, filmed on CCTV, shows the mother, who suffers from fibromyalgia, standing by her doorway with two men in Middlesbrough, northeast England. 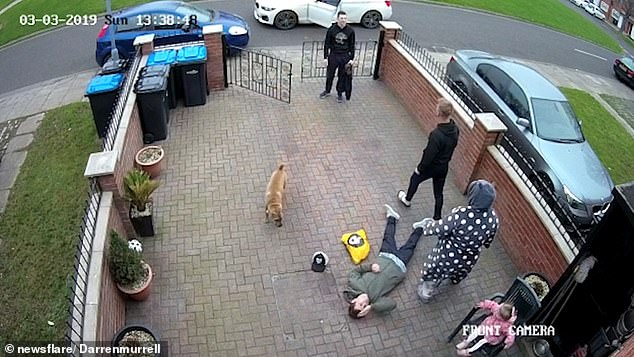 A car soon pulls up and the son jumps out after he sees the pair apparently harassing his mother and her toddler granddaughter. The son, who was returning home from football practice, storms up to one of the men and throws a fierce punch to his jaw causing him to fall to the floor.

He shouts: ‘I’m not having it, you don’t talk to my mum like that!’ After the forceful punch, the man lies on the ground in a daze nursing his head. 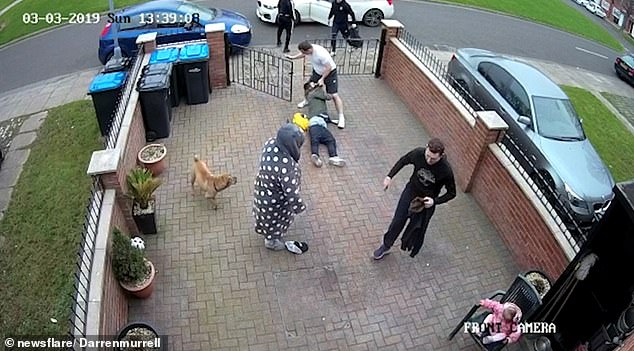 The loud commotion wakes his brother, who was asleep upstairs, and he charges outside. He grabs the fallen man by his jacket collar and drags him out of the drive causing his trousers to fall to around his knees.

A third brother, who was not at the house at the time, said: ‘[My] brother turned up after playing football to find men [had] been threatening and harassing mam to get in the house and after being asked for ages to go away, they wouldn’t leave!

‘God knows what would have happened if nobody came! Mam didn’t realize her other son was also in the house asleep upstairs.’