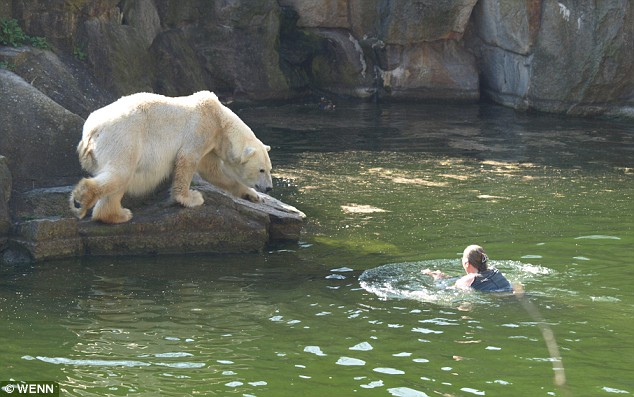 The zookeepers and the visitors at the Berlin Zoo were taken by surprise when they discovered that a woman had jumped into the polar bears’ enclosure while it was the bear’s feeding time. The 32-year old woman who jumped into the enclosure when the animals were being fed appeared to be happy while she swam towards the bears. But her action shocked everyone to the core. Many suspect, the woman pulled this stunt under the influence of some substance or just for fun. However, the woman’s fun turned into a disaster when the polar bear attacked her instantly. 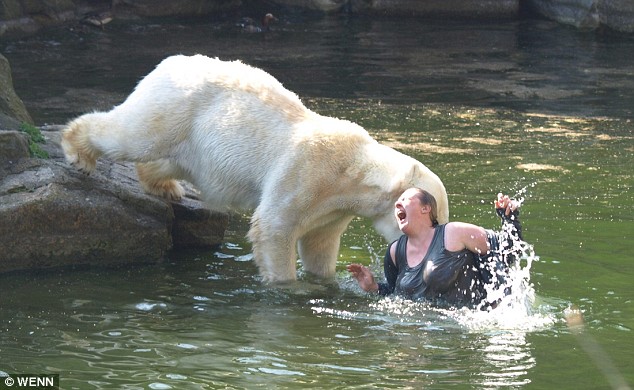 One can not even imagine what was going on in the woman’s mind when she jumped right into the enclosure of hungry polar bears. Six zookeepers were making efforts to distract the four polar bears who were kept in the enclosure. Nonetheless, the woman got bitten many times, especially on her arms and legs. The woman was under a constant attack of a huge polar bear who attacked her several times while she tried to escape. After making several tiring efforts, the zookeepers were finally able to push the bear away and pulled the woman to a safe point. 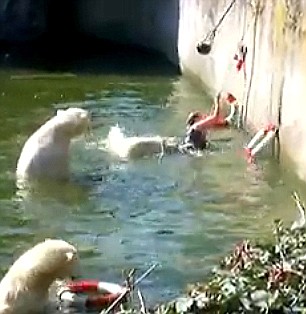 When the woman swam towards the polar bear little did she expect to be instantly attacked. But that is what happened. Her action agitated one of the bears so much that it brutally attacked and clawed at her. Even when she tried to swim away from the bear, it continued to attack her and was not ready to let her go. Everyone around was shocked and the zookeepers were trying to tackle the polar bears in the enclosure. They then threw in a rope down the wall of the enclosure to help pull her out to safety. It was with great difficulty that the woman managed to grab the rope. She was bitten even when she was being pulled up. 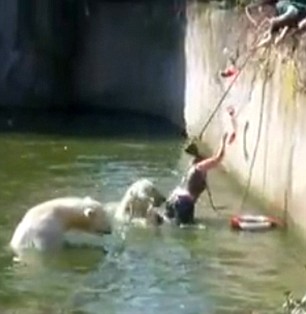 The rescuers finally got her out and took her to the hospital for treatment. Nobody knows the reason why the woman jumped into the enclosure in the first place. The enclosure is surrounded by a fence and a line of prickly hedges. Moreover, there is a wall too. It is not an easy task to get in there. On the other hand, the woman appeared happy while she swam near the polar bear. What happened on her way out was a different story altogether. Zoo spokesman, Heiner Kloes, said that the zookeepers courageously pushed the bear away and then pulled the woman out of the water. 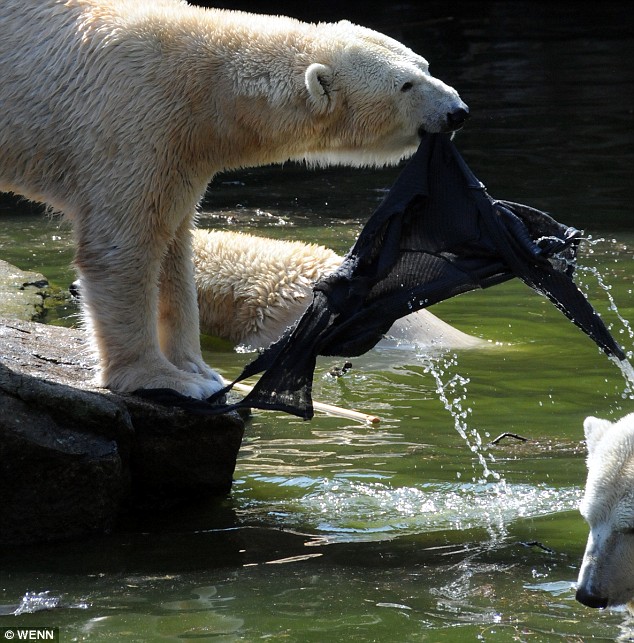 She later had to undergo major surgery to recover from the wounds and allow them time to heal. Polar bears are big, have a large appetite, and mostly eat what comes their way. It is very easy for a polar bear to outrun a human and kill it with a swing of its fist. A polar bear usually eats animals like seals, but can eat birds, whales, walruses, musk oxen, and humans too. A polar bear can smell you from afar. Several studies have shown an increase in the aggressive behavior of polar bears. But that is largely attributed to their shrinking habitat and global warming. 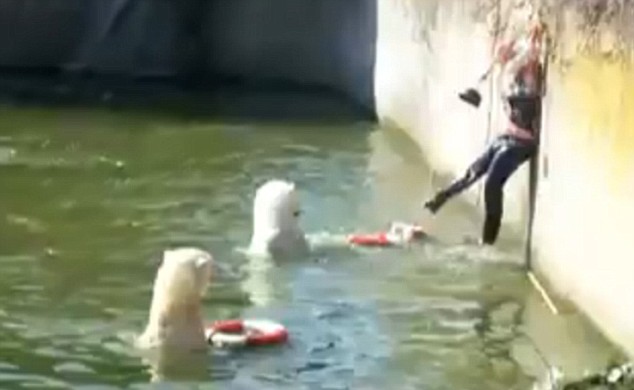 Also, as thor habitat is encroached by humans more incidents of the attack surface. Not because these bears are aggressive but more so because they take humans as a threat. However, in this case, it was the sheer foolishness of a person to enter the enclosure of a wild animal only to be brutally attacked and clawed at.