“You Got The Wrong One!” Dude Tries To Rob A Brazilian Jiu-Jitsu Legend 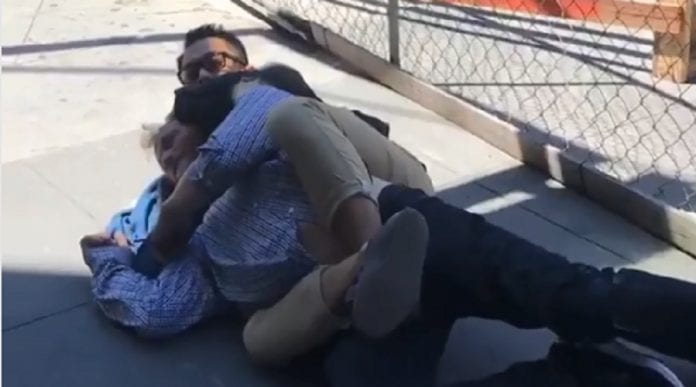 What happens when a random person suddenly attacks a renowned BJJ instructor on the streets? Well, the master foils the attack with seamless precision and unmatched skill, with moves that take everyone by surprise.  This is what happened when Mozart Gutierrez, the Brazilian Jui Jitsu instructor, got attacked by a homeless man while walking down a San Francisco street. The attacker may not have realized that the person he had hatefully attacked was in fact a self-defense specialist holding a Brown Belt in BJJ. It only took Gutierrez a few minutes to execute a beautiful self-defense technique rendering the attacker helpless. 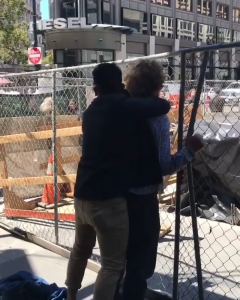 The best part of the technique used by Gutierrez was that it neither required excessive force nor did it harm the attacker in any way. It simply helped Gutierrez pin him down and immobilize him before he could cause any harm to the man, or to anyone else around him.  The incident happened in from of a Forever 21 store on the street. Even though the guard of the store did not intervene to stop the attack or help Gutierrez, he did manage to make a video of the incident. 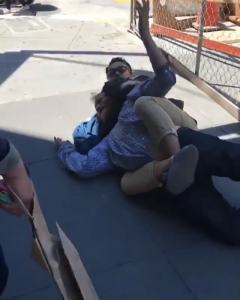 The video shows Mozart Gutierrez holding the man down in through his defense technique. He can also be heard telling bystanders that the man was an attacker and that they need to call the cops. However, strangely, people can be heard sympathizing with the attacker, urging Gutierrez to release him as he was only a homeless man. The attitude of those around him did surprise Gutierrez who later expressed his disappointment at the attitude of everyone including the guard. He was rightfully trying to ensure that the man is held until the police came so that he does not end up hurting anyone else in anger. 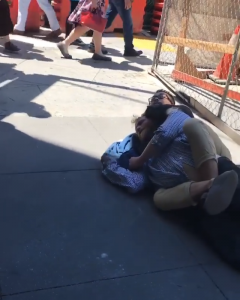 But no one really seems to understand that point and they can be heard asking Gutierrez to let go of the man.  It is important to note here, that even though the man was a homeless person, it does not imply that he should be considered to be any less dangerous because of that fact. It is possible that if the man is set free, he may turn around and attack again. When someone starts to attack people on the street, he is dangerous at that moment and everyone’s safety is prime. In fact, Gutierrez displayed a great way to mitigate the threat to his life or anyone else by simply pinning down the attacker without causing any harm to him. If possible, this is what must be the first endeavor when one gets involved in any street fight. 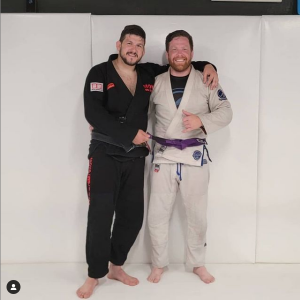 The video shows Gutierrez being very careful in releasing the attacker as well. He let him go only when the person appeared calm and Gutierrez was dure that he won’t be attacking anyone.  In fact, the technique Gutierrez used is the famous back attack technique by 9 times World Champion and Jiu-Jitsu master Marcelo Garcia. It is perfect for such attack situations and teaches one how to get hold of the attacker‘s back and make them immobile. 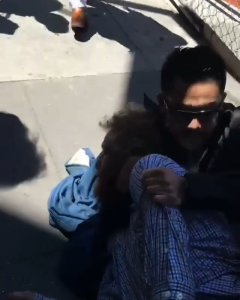 Brazilian Jiu-Jitsu is a martial arts form that focuses on getting one’s opponent to the floor with the aim of rendering them helpless. It teaches moves and fighting techniques that facilitate the submission of the attacker despite their superior size or strength. With BJJ one can learn how to force powerful attackers into submission through strategic chokeholds and joint locks.  Proper techniques of grappling teach one to get out of some very tricky and dangerous situations. And that is precisely what Mozart Gutierrez did that day on the streets of San Francisco.

"You Got The Wrong One!" Dude Tries To Rob A #Brazilian #JiuJitsu Legend#mma #ufc #boxing #fight #bjj pic.twitter.com/mTaw4Jmivi